It is so hard to believe that after 3 months of quarantine and new cases and hospitalizations flattening, that we are now in different situation with significant increases in new cases of the Corona Virus. With new cases peaking at over 7,000 daily in the state, our Governor has recently ordered that businesses such as bars, night clubs, family entertainment centers, movie theatres, wine tasting rooms, and dine in restaurant service be immediately suspended effective as of July 12th. In addition, if your county is on the state’s watch list, enclosed shopping malls are also being required to close. In Zone 7, some the counties that are on the current watch list with more restrictions include Alameda, Contra Costa, Fresno, Glenn, Madera, Monterey, Placer, Sacramento, San Joaquin, Santa Clara, Sonoma, Tulare, Yolo and Yuba which are all counties within Zone 7.

So far there have not been any closings of racetrack venues where many of our members enjoy competing in many of our club races and DE programs. I have been on the fence for quite some time about whether to open for business as usual with precautions but with the recent surge in cases am having second thoughts. Though a significant sector of new infections are occurring among those under 50 years old and in some areas those under the age of 25 years old, I am deeply concerned with the health and safety of all PCA members and the heightened risk of becoming infected by grand children or children who may be infected. I believe it is always better safe than sorry and that social distancing, the wearing of face masks, and avoiding large crowds is the best course of action.

But where does that leave our beloved activities like touring, dinner and other social events? I guess it puts the burden of responsibility on your local regional board of directors to start to open- up more activities and leave the choice to our members to make the decision to participate or not. If we look at many of the events that have been cancelled across the regions in Zone 7 as well as large national events such as Parade, Werks Reunion, and Treffen Broadmoor it would be easy to ride the bandwagon and sit on the sidelines until a vaccine is developed or we flatten the curve. With the Pac 12 cancelling all non-league competition for the fall, Universities and colleges still wavering on whether students can return to campus in person and public schools for our youngest still on the fence it is certainly a difficult time for all concerned. The last thing for many of us would be to contract the virus from a close family member or club member. 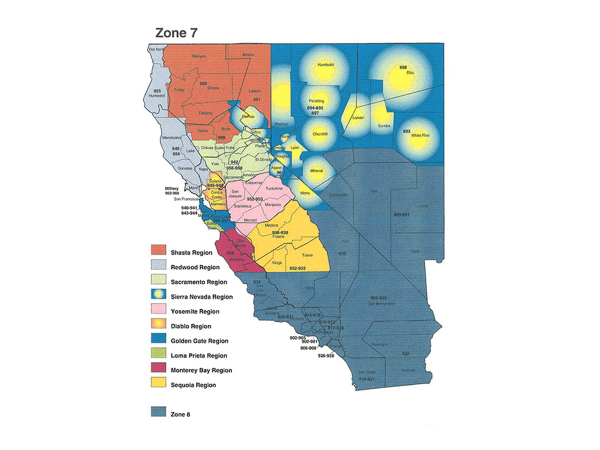 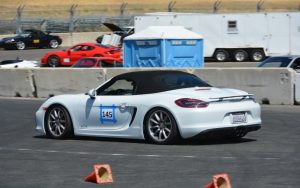 Sacramento Valley Region hosted its first event of the season and the Zone Series event #1 at Thunderhill Raceway on June 27th. Turn- out was nearly 60 drivers with some deciding at the last minute to cancel due to concerns with the weather. None the less, SVR AX chair John Leet and his crew did a fantastic job of pulling off a great event as well as practicing social distancing and adhering to local guidelines regarding preventing the spread of the virus. Drivers had to sign a total of 4 waivers, had their temperatures taken at the raceway entrance and overall did not put too big of an inconvenience on drivers anxious to get in a day of competition. 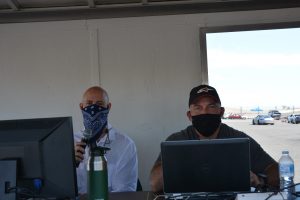 Golden Gate Region held its first regional event at the Cow Palace on June 28th with several restrictions in place including a cap on the number of attendees imposed by the county of San Mateo and the management of the Cow Palace. AX chair Himanshu Patel reported that that the event hit its capacity of 50 drivers within 2 minutes of the opening of registration. With restrictions in place, this has made drivers participating in the Zone 7 Series complicated as current Zone 7 rules requires participants not only participate in 50% of the events but include at least 3 regions in their participation. Zone 7 autocross chair Grady Carter is reviewing this issue and should have a decision shortly after polling region AX chairs.

Several regions have cancelled their annual concours events due to Corona Virus restrictions and have rescheduled them to October in hopes that the Corona Virus pandemic may have subsided as well as county health department restrictions. Regions that have rescheduled their concours events include Golden Gate and Loma Prieta regions. Sierra Nevada Region has decided to cancel their event and look forward to 2021 to host their much-anticipated Zone event. Watch for the updated calendar on the Zone 7 website as well as your region’s local calendar. Also see the Events of Interest calendar at the end of this column.

PCA national recently held its annual board of directors meeting. The national board of directors includes are 145 region presidents as well as the elected executive council. The board recently approved modifications to 1) national policy update regarding the club’s whistle blower procedures, and 2) national policy update on the club’s competition policy. Both measures were over whelming approved by the board of directors. PCA president Tom Gorsuch also provided some updates on the success of the spring raffle, programs offered by Motorsportreg and Clubsport.reg facilitating the signing of the new communicable disease waiver, and club membership news.

PCA treasurer, Craig Kugler, reported on the club’s finances after our annual audit and all looks good and that the club is still on sound financial footing. He reported that club expenses were reduced by about 25% to offset anticipated revenue losses. Cuts in travel expenses for the EC as well as all national staff was part of the cost reductions. The audit did reveal that there were several revenue and expenses that were recognized in 2019 that should not have.

Tom Gorsuch also provided an update on Treffen Greenbriar in West Virginia and reported that registration will open on July 15th. Registration is expected to reach capacity and sell out within hours of the opening. If you have any interest in attending, mark your calendars and be ready to register once registration opens.

National awards usually awarded at Parade are in the works and that Ron Gordon, Parade chair and national executive director, Vu Nguyen, are currently working on a virtual awards presentation. More details to come for those members who have submitted for awards in the various categories.

Note that past Treffens have sold out in as little as one hour due to their growing popularity. 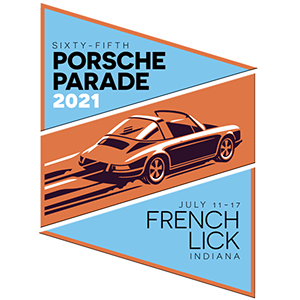