The Shasta Region held its 4th annual Zone 7 tour in Redding hosting 50 cars and 100 club members to 4 days of touring on some of the best driving roads in Northern California. The weekend started off with a meet and greet social at the headquarter hotel in Gaia, about 15 miles south of Redding where members enjoyed a casual car show and refreshments. The next few days were filled with some great road tours, socials, dinners and getting to know some of the other 100 Zone 7 members in attendance. 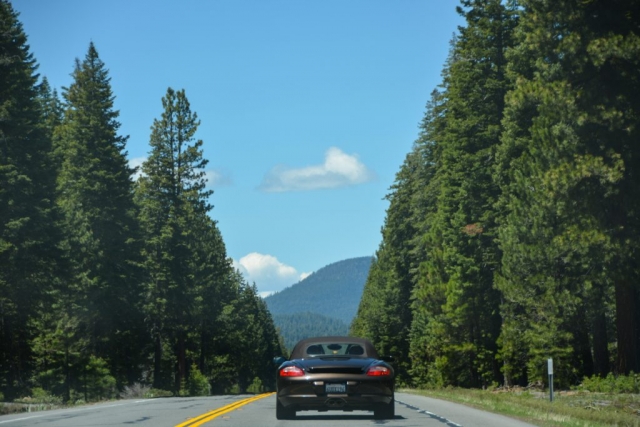 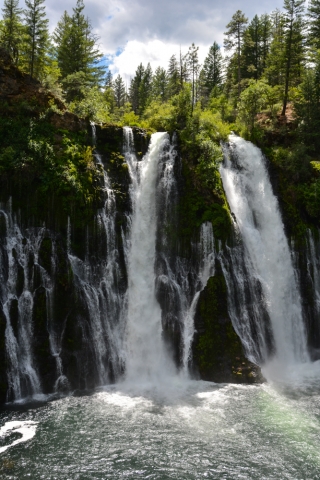 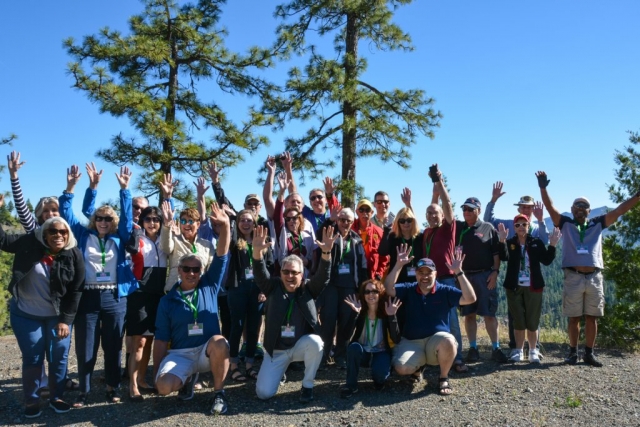 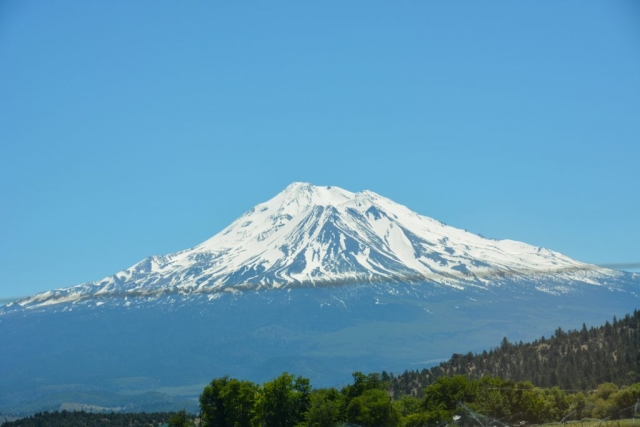 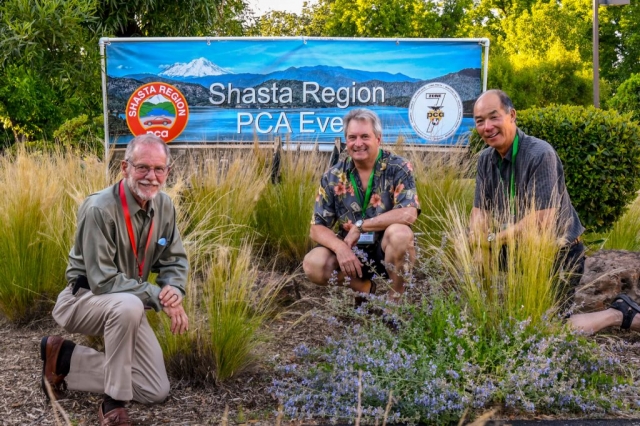 The tour was divided into 3 groups with dedicated leads, and sweeps. Each tour was extremely well organized and planned. Each day, the tour would begin and end at the hotel. Each group would travel different routes ranging from a mere 80 mile sprint to a more involving 250 mile jaunt through some of Northern California’s best driver roads. Local highlights of the area that were visited included Weaverville, Mount Shasta, Trinity Lake, Whiskey Town Lake, and Susanville. Shasta Region chair, Allen Krohn and his crack team did a stupendous job of mapping out some great roads and organizing the dinners and lunches while on tour. With a support cast that included Wayne Martin, Shasta Region president, and Art Smithson as the tour leads the routes were scenic, challenging and challenging. I commend the members of the Shasta region who volunteered their time over the weekend to make the event so wonderful. The Gaia Hotel and staff are to also be commended for their gracious hospitality and some memorable meals. If you have not had a chance to participate this is a tour I would definitely put on your bucket list. Beware that registration fills up very fast. 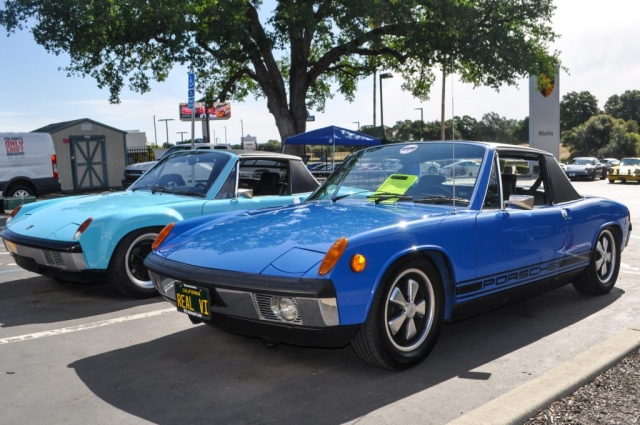 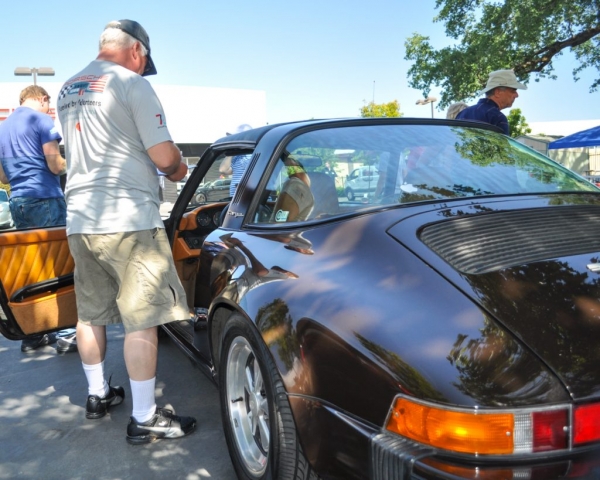 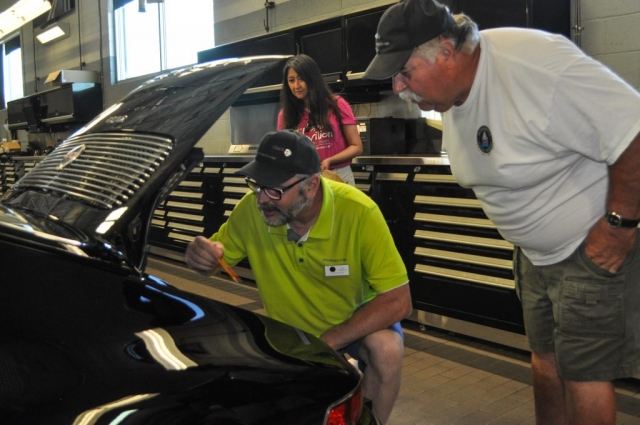 On Sunday, June 9th, Sacramento Valley Region hosted Zone Concours #2 at Niello Porsche in Rocklin. The event was originally scheduled for May 19th but was rescheduled due to the weather. The weather on the 9th was glorious with clear skies and moderate temperatures. According to SVR Autocross chair, Al Price, there were a total of 27 cars registered with members from throughout Zone 7 competing. Advanced registration was used for the first time in club history and so far the response seems positive for the continued use of Eventbrite. A big thank you goes out to Niello Porsche for their generous support and helping to make this year’s event a huge success.

After losing their autocross site in Visalia, Sequoia Region went quiet for a few years before securing a site at the Madera Municipal Airport last year. Sequoia Region autocross chair, Larry Kirlin, held their second event of the season at the Madera County Municipal Airport where 19 drivers competed under clear skies and almost perfect temperatures. After tech inspection and a drivers meeting, the event started on time with all drivers getting 8 runs throughout the day. The course was challenging and grip was at a premium for most drivers.

Zone 7 Ax Chair, Grady Carter and I had the pleasure of having dinner with Larry and Sequoia Region President, Ed Suarez on Friday night. It provided a great opportunity to hear about the great events that the region has been scheduling. Ed told us that the club’s June dinner will be in his backyard and that he is expecting 74 members to be in attendance. Now that is certainly what makes this club about its members.

Zone 7 is seeking volunteers to help out in the hospitality tent, membership booth and corral parking with the upcoming Rolex Monterey Motorsport Reunion August 15-18th and for the IMSA WeatherTech SportsCar Championship September 13 -15th at Laguna Seca. If you would like to help out or have questions email or call me.

Current Zone 7 Concours chair, John D’Angelo will be stepping down from his duties as our Zone Concours chair at the end of this year to spend more time with his other duties as national Registry Chair. I would like to thank John for leading the program over the last 2 years and for finding his successors. Simone Kopitzki of Redwood Region and Roy Schauben of Diablo Region will be working with John for the rest of the season learning the ins and outs of running the series in an apprentice capacity. This is great news for the program and will continue to strengthen the progress in increasing attendance and participation in the series that John has worked so hard to develop over the past year.

Looking Ahead to Events of Interest: